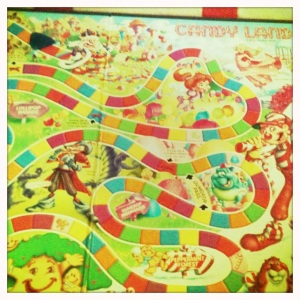 In case you haven’t noticed, sugar is everywhere. Of course the places it’s being obvious are-well-obvious. Candy, soda pop, cake, muffins, cookies, pies, chocolate, etc- all full of sugar, and we expect and accept that. But it’s also in some not so obvious places, like ketchup, hot sauce, and salad dressing, it’s the vanilla in your favorite soy, almond, hemp, or grain milk, it’s in healthy cereal ( organic cane juice = SUGAR) , bagels, pizza, wine, beer, spirits, healthy chips, and soup. I was horrified to find it in my favorite condiment of all time! It’s the second ingredient in Sriracha! My beloved Korean ketchup! I can’t say I was surprised-horrified, yes- surprised, No.  I sort of expected it, being that it’s my favorite condiment and all. But– DAMN IT! Oh perfect condiment, bright and spicy, so much better than just ketchup, able to bravely ride atop a grilled chicken and spinach salad, a delight in hummus dip, the unexpected Korean dance partner to the Frenchest of fries-I will miss you. You gracefully went where ketchup couldn’t, or at least shouldn’t.

Don’t get me wrong here people, I love sugar, I’m no sugar nazi, and I don’t want to become one of those annoying people who obsessively scans labels and drills the server or barista: “ are you sure there isn’t ( insert your favorite edible enemy)  in that sauce?”, and lies that you have an “allergy”, just to be sure you’re not poisoned,  because, #1, I used to be one of those annoying people, and #2, those people get on my flipping nerves. I do believe some of my annoyance is because I know damn well, having once been a enemy of all processed foods, and most animal foods, what’s in the foods I have been shoving down my gullet for the last couple of years. People with restricted diets are, for the most part, well educated about whatever foodstuff they are currently snubbing. So, I’m a little bit savvy about food and stuff, also, it is required that you take a nutrition course to become a nurse.  Then you become a nurse, and discover that the number one way grateful patients show their appreciation is-sugar! And you eat it, because it helps. Because glucose is the fuel for neurons. Sugar gives you a boost, helps you focus, and then you crash-and then you eat some more, and on and on to infinity. We’ve all been there.

I have been eating gobs of processed and unprocessed sugar.  I’m not going to go into the science of why this isn’t good, we all know-sugar makes you fat, gives you diabetes, rots your teeth, sends your blood sugar on violent rollercoaster rides, and leaves you craving more. It’s a drug, dig?

I have been on a violent rollercoaster ride.

My Mother died from sugar poisoning. She was a diabetic who was first diagnosed at 40 with “borderline diabetes”, and because she wasn’t able to change her nasty habits, she was awarded full fledged diabetic status a few months later. She died (peacefully), while on dialysis when she was 59, but not before she suffered complete kidney failure, several strokes, open heart surgery, and had both her legs chopped off. Diabetes is a fucking monster. My grandmother had it as well. I don’t want it.

But, all of this wasn’t enough to keep me from waking at 3am last Friday, stumbling into the kitchen and eating half of a 72% dark cocoa chocolate bar (it’s healthy!!!) I knew there was something out of balance that would cause cravings mean enough to wake me up-to make me eat sugar at 3am-and then fall back to sleep without brushing my teeth!! Egads!

Maybe the crazy yogi in Taos was right- maybe I did have an overgrowth of Candida in my digestive tract.  My friend and I were in Taos in September, we had health assessments compliments of a manipulative man whose specialty was misusing the power of yoga. He had well developed siddhis, (yogic powers, a by-product of yoga practice) so, he was psychic and, perhaps crazy. He had huge, wild, swirling eyes and his thoughts flew out of his mouth fast and unchoreographed, a messy word salad. He was a thief too, but, maybe he was right?  I did crave sugar all of the time and candida craves sugar.

I had rolled around with the posibility of a candida infection several times since my visit to Taos, but I wasn’t ready to commit to the idea, to sacrifice my sweets, also, I kind of looked at candida infection as a sort of hippie ailment, because most of the people I knew who complained of this were hippies, or at least neohippies. You wouldn’t go to an allopathic doctor and get diagnosed with a candida infection, unless it was “down there”, or in your mouth. Typically in this world,  if you can’t see the stuff, it aint there. Instead  you have irritable bowel syndrome, chronic fatigue syndrome, or fibromyalgia. Unless you go see a Naturopathic doctor who love to diagnose this; apparently it’s underdiagnosed in the big world.  The list of  possible symptoms of yeasty take over is immense-who doesn’t suffer from occasional mood swings? I’m sure you have at least five symptoms of candida infection.  I have 11 of them; maybe more depending on the resource.

I went to a yoga nidra meditation on Sunday, and before we drifted off  to yogi sleep land, the lovely teacher shared her experience of using the technique for five months, and then having her cravings for sweets magically fall away, (?!?) then she guided us into a deep scrumptious yogic sleep.  Yoga nidra is a delicious mystery designed to completely relax your nervous system, as it would  relax if you were in the deepest stage of sleep, the stage without dreams…but you are fully conscious. It’s magical, better than a groovy drug trip. Almost immediately,  I feel tingly and I am vibrating, I feel like a gob of sweet goo.  After some time, our teacher gently calls us back, and I notice I am crying.  I don’t have a story to match my tears-just tears and sweet goo. She made brownies for a sweet ending. I thought about grabbing one as I left, but something deep and gooey made my hand go for the tangerine lying on the plate next to the brown beauties instead. I got into my car and ate the sweet orange flesh, plucking the seeds from my mouth, just eating and plucking in the parking lot. Then, without much thought I drove myself to Sprouts, I bought the candida cleanse recommended by the helpful saleswoman who shared that she struggled with candida too. She looked like a hippie so I trusted her.

I started my sugar fast Sunday nite. I cleaned out my refrigerator and cabinets.  My favorite lovers placed in a large brown shopping bag-a gift to some lucky friend. Some  items surprised and disappointed me, (organic roasted red pepper and tomato soup?!)  But most of them, I didn’t even have to look at the list of ingredients.  It’s in there.

So far it’s been hard. Not hard like nursing school, or living in California, but still hard.  I’ve been nauseous and sleepy ( a sign of candida die out)  But, this hasn’t made me stop, or even think about stopping.  It’s hard because I want what I want when I want it, but more than I want sweetness on my tongue, I want my energy back. I want to feel like I don’t have to eat a chocolate bar at 3am, I don’t want to be bossed around by some invisible demon that wants me to hurt myself.  I feel better, clearer, and my energy feels cleaner and more even. I don’t know if I have a candida infection, and I don’t know if I will get diabetes, hell, I don’t even know I’m a figment of someone else’s imagination. Anything is possible.  Maybe I’m just bored, and needed a project since I have become what my friend calls a “lay-about” after not working for so many months, I don’t know.

But I want to feel good, I want to be healthy. It’s my birthday present to me,  it’s my gift to my Mom, and it’s a fun way to test my rusty superpowers; give up sugar right before Christmas! I hope I don’t become an annoying food snubber, but I suspect I already have.

View all posts by Kate